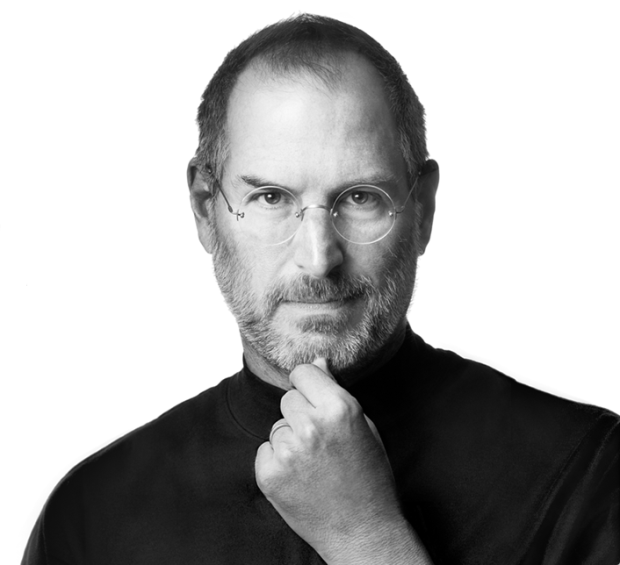 Since he co-founded Apple in 1976, Jobs personified what it meant to think outside the box and to do more than what people expected of him.

He’s been called a king and an egomaniac. A genius and a troubled soul. A pragmatic, secluded individual who only let us into his life one Apple, NeXT, and Pixar movie at a time.

The amount of accomplishments that Mr. Jobs held could go on and on, but what I find most interesting about the man and his life is that he lived beyond his name.

We are taught to strive for more than just a job. Strive for a career, your passion, what keeps you going.  Mama and daddy would say, “Having just a ‘job’ shouldn’t be the end goal. Doing what you were born to do, living with purpose should be.” To many people, a “job” is a way to meet an end, a short-term goal, a stepping stone to something greater. In many circles, it takes on a negative connotation and, as we learn in our later years, working a job just isn’t enough. We always want more.

Steve Jobs lived beyond his name. He lived beyond what people called him day in and day out. “Mr. Jobs,” employees and people around the world would say. Had we really thought about what we were calling him, “Mr. Mediocre”, or “Mr. Stepping Stone”, or “Mr. Way to Make Ends Meet”, we’d laugh and tell him (in the most respectful way possible), “You really should consider changing your name.” What a double whammy for his name to end with the “s”, implying that the plurality of what mediocrity could have been in his life had he never strived to be more.

It has been noted that Jobs’ biological parents, (who gave him up for adoption and whose last names were Jandali and Simpson) never named him. It was his adoptive parents, Clara and Paul Jobs who gave him his name.

Steven Paul Jobs embodied what it meant to live beyond your name. To live beyond the social expectations set by the world around us. To live beyond the abandonment of biological parents. Beyond the cold nights of living on your friend’s dorm floor after dropping out of college. Beyond selling your only possession (a Volkswagen van) to fund your dream, your passion. With every adjustment of his thin-rimmed glasses, with every speech and new development, with every megabyte, processor, megapixel, and animated story, we’re reminded of a legacy that pushes us to take a bite out of our own proverbial apple and change the world.

A final note: As innovative as he was, rarely was he seen outside the black mock-neck shirt and jeans combo and for many, it was that “uniform” that made him so interesting to us. With all of his money and notoriety, that same black mock-neck shirt and jeans reminded us that he was just a kid with a dream like the rest of us. He wanted to live beyond the norm and push the envelope of what it meant to exist and communicate with human kind. No one can say that Steve Jobs didn’t change the way they thought, lived, viewed and interacted with the world. No one. We can only hope to live beyond our names and be as innovative as he was.

2 thoughts on “Beyond His Name: Steve Jobs”