There’s a lot of profanity here for which I do not apologize.

Sunday, we learned of the “accidental” killing of Eric Harris, a 40-something year old Black man who ran from the cops after being stopped for selling an illegal firearm to undercover officers. You can see the entire video here. Warning: it is graphic. END_OF_DOCUMENT_TOKEN_TO_BE_REPLACED 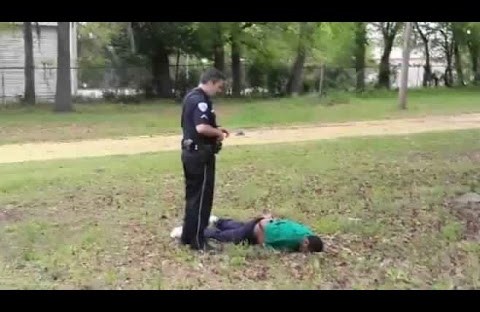 As the news of Walter Scott, a 50-year-old Black man who was shot and killed by a white South Carolina police officer, Michael T. Slager, found its way to social media outlets, people lamented and praised: lamented for the death of another Black person who was killed by the State and praised North Charleston’s swift response to charge the now-dismissed Slager with murder.

Just as the festering sores of Eric Garner, Michael Brown, Renisha McBride, Tamir Rice, John Crawford, Anthony Hill were starting to develop a crusty sore over them, the nitpicking of not-quite-healed painful scabs was ripped off by a not-too-patient society that is insistent on inflicting psychological, physical, and social pain on its Black and Brown citizens. END_OF_DOCUMENT_TOKEN_TO_BE_REPLACED